Emerging from the barren, frozen tundra like an avenging demon comes a prized and most deadly relic from the misty past. A mighty item of sonic alchemy and aural destruction approaches you. You, warriors of Trüe Metal, have waited long and weary for this moment.

It is the return of the one and only BOSS Heavy Metal pedal. 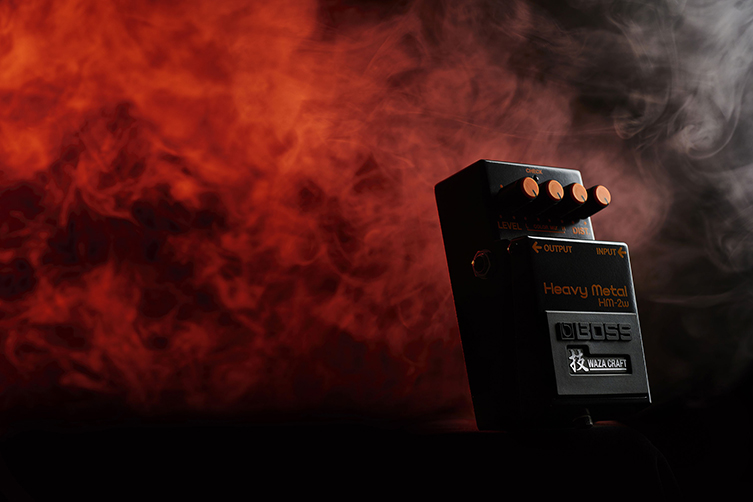 Read that again, disbeliever, and have your faith in the might of Metal restored! The hallowed HM-2 pedal is back from the dead to spread its intense, uncompromising and quite unholy sound across the planes of this earth once again.

Can you handle it?

When we say ‘frozen tundra’, we actually mean Hamamatsu, Japan. This is where BOSS have their Waza Craft headquarters, the department assigned to improving and reissuing classic compact pedals from the company’s illustrious history. They don’t come more anticipated than this, either. Truly, many a metaller’s head was scratched in disbelief when the original HM-2 was discontinued in 1991. Sure, the Metal Zone was released instead, but there was just something awesomely evil about the HM-2’s tone that didn’t cross over into any other pedals. Did you miss it? 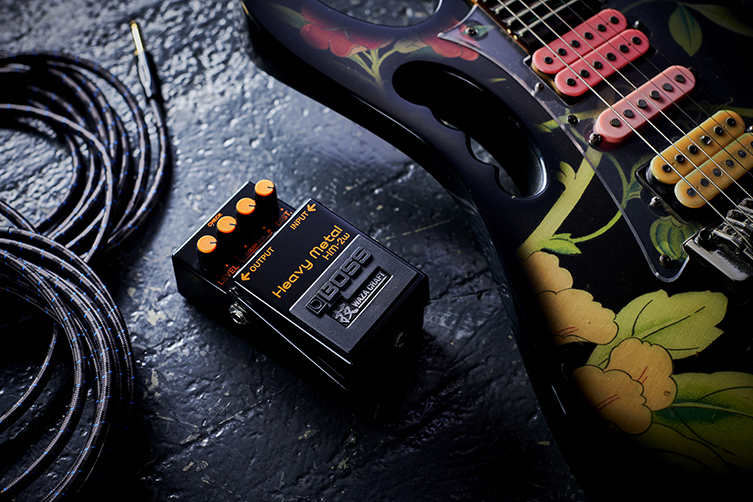 Well, it’s back in all it’s clawed, dark-winged glory. As you know, this pedal became famous due to its appropriation by the Scandinavian Death Metal (and later, Black Metal) bands of the early 90s. Guitarists like Nihilist’s ‘Leffe’ Cuzner loved using a BOSS HM-2 with a straightforward solid-state amplifier (mosh-connoisseurs will opt for an old Peavey Bandit 112) to create an intense sound that everybody refers to as ‘chainsaw-like’. Tune down to B standard first, obviously. This sound is all over seminal recordings like Entombed’s Death Metal masterpiece The Left Hand Path, and pretty much defines the tone of the genre.

Fans of this mighty pedal will be happy to learn that BOSS’s Waza team have preserved 100% of the pedal's original bark and bite. In fact, they’ve made the HM-2W 3dB louder, which doesn’t affect the tone but obviously makes the pedal slightly eviller. The famous black and orange livery is replicated too, which we felt weirdly nostalgic about when we first laid eyes on it!

“The BOSS HM-2W is nastier than the Nazgul, darker than midnight in Sweden and angrier than a jar of hornets”

The amount of filth available is as stupendous as it ever was, and the ‘color mix’ EQ stack is here, too. It’s worth noting how dramatic the boosting and cutting is, actually. The High knob works at 1kHz and the Low knob at 100Hz, so you can really sharpen your sound or fatten it up like a great Lovecraftian beast, depending on your dark desires. 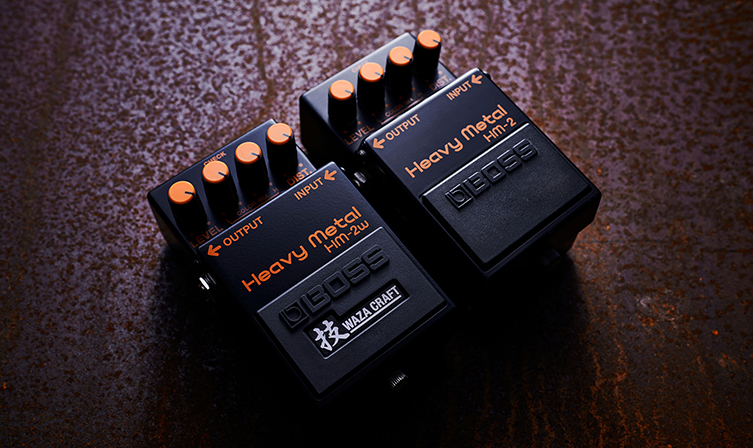 The HM-2W is very handy for lower gain tones, surprisingly, but you don’t want to hear about that so let’s move on.

Yes, there is a mode switch on here. BOSS have put it around at the power supply input though, so it’s not messing up that famous front panel! The original pedal obviously didn’t have any ‘modes’ though, so what’s going on here? 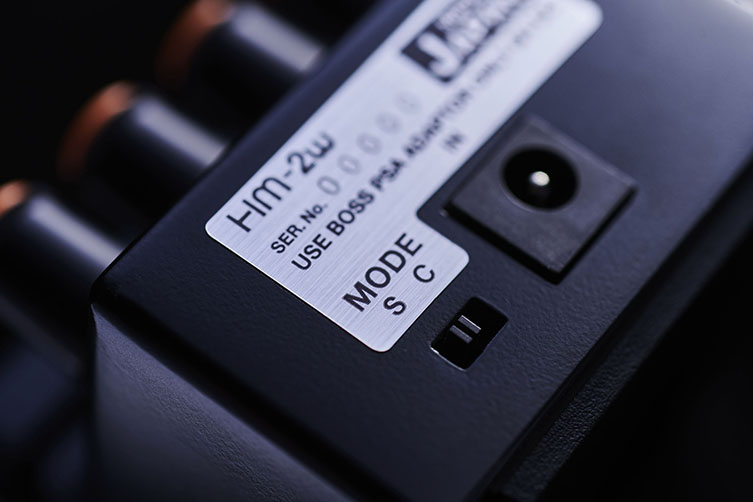 Relax, you’ll be happy about it. The ‘S’ mode is ‘Standard’ and that’s the 100% authentic HM-2 sound we’ve been talking about so far. The ‘C’ mode is a ‘Custom’ mode and it’s basically MORE of everything: more gain, more punch and, interestingly, more of your guitar’s fundamental signal in order to add sharpness and clarity to the mayhem. Good call!

The original pedal was released back in 1983, when the world was obviously unprepared for it’s considerable onslaught. 30 years after is discontinuation, it’s great to have this monstrous chap back. He has lost none of his ferocity in the intervening decades, and perhaps actually sounds heavier than ever. If you know what this thing sounds like, you already either have a pre-order in for one or will go nowhere near it! It’s nastier than the Nazgul, darker than midnight in Sweden and angrier than a jar of hornets. The BOSS HM-2W is the sound of Heavy Metal. 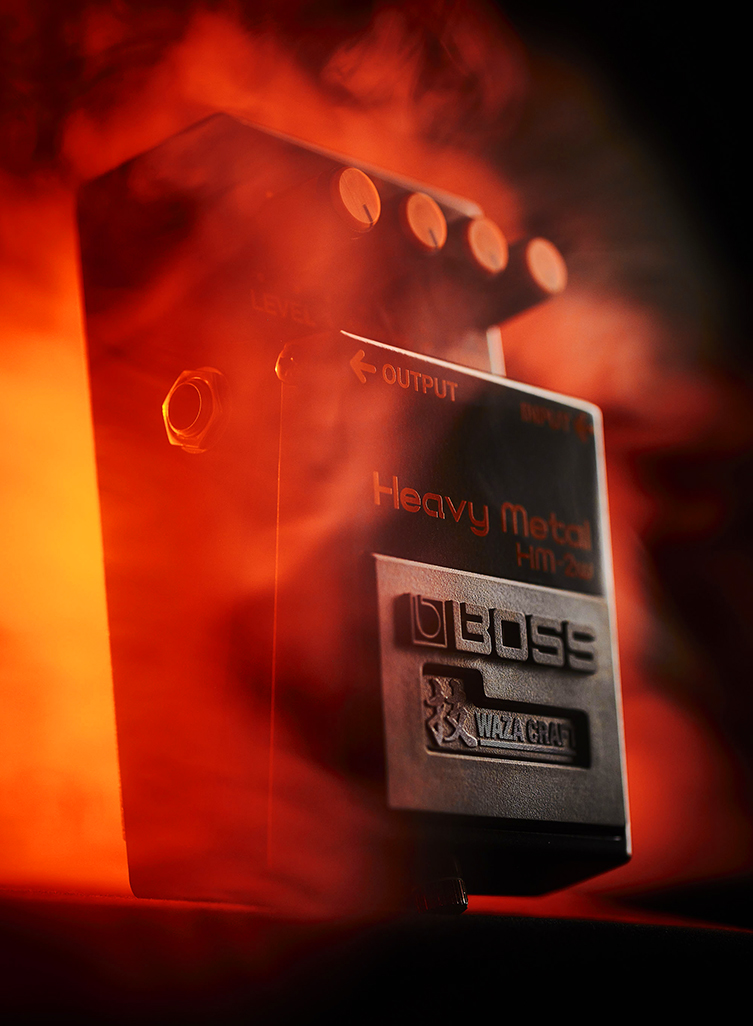