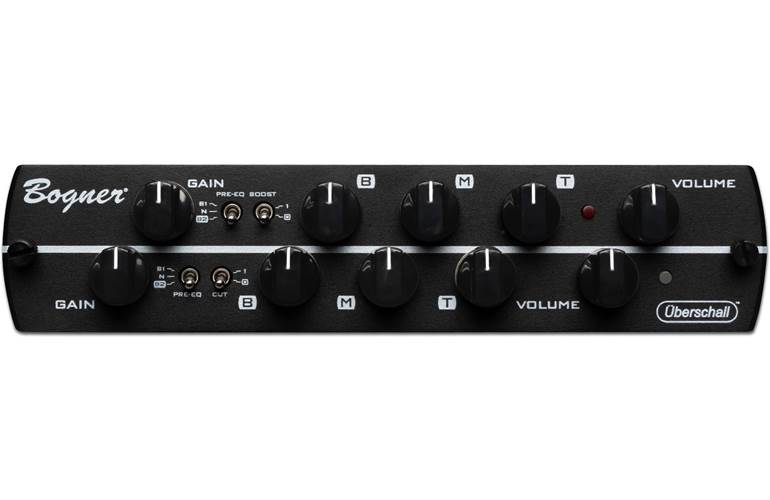 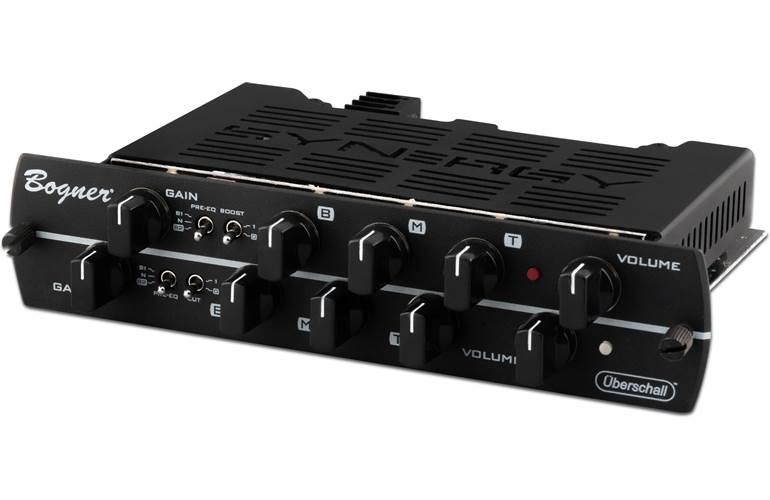 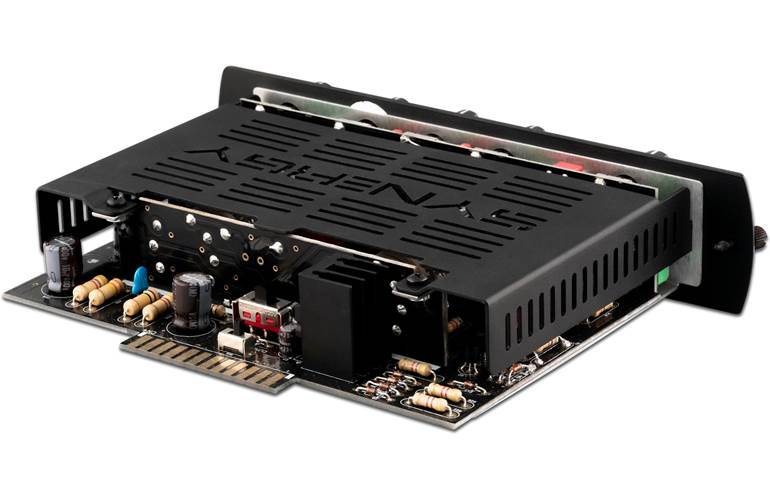 In the world of high-end, high-gain guitar amplification, the Bogner Überschall is a legend. It’s ability to pile on all-tube distortion while letting every string ring out has made it a go-to amp for an incredible range of players. The Überschall’s - which translates to Super Sonic - responsive, and wall-shaking second channel is where most high-gain fanatics spend their time. Not only does it deliver premium crunch, but it’s extended low-end capabilities make it a perfect choice for players of extended-range and drop-tuned guitars like you could hear it with Korn, Tool, Slipknot, Rammstein to name a few.

There was no way Synergy wasn’t going to get Reinhold Bogner to re-create his classic metal machine in a Synergy module format. And that’s precisely what he’s done. By slipping the Synergy Überschall preamp module into your Synergy rig, you’ll unleash the same aggressive tones and impeccable response as the original amplifier. Reinhold even took it a step further with the addition of Pre-EQ, Boost, and Cut mini toggles to further shape your ideal tones.

By partnering with such iconic amplifier designers as Reinhold Bogner, Synergy is able to offer you the most sought after tones in all-tube designs that are perfect for the direct-recording, lower-stage-volume, and compact-guitar-rig demands of today. It’s easy to see why the Synergy preamp module system is taking the industry by storm.

The BOGNER UBERSCHALL module features a three-position switch on the PCB which allows you to configure the input tube bass response to match the original circuit of the selected module. This will affect the feel and tightness. Each amp designer has a specific combination of components that makes up their input tube circuit. We have selected the three most popular combinations which you can access with this switch. The USA voiced modules typically use setting 1 (1.5K resistor and 22uf capacitor). British style modules use position 2 (2.7K resistor and .68uf capacitor). The SOLDANO / VAI module use position 3 (1.8K resistor and 1uf capacitor). Of course, you can experiment and try any of the positions to see what you prefer. The modules will come preset to the designers preferred setting which for the BOGNER UBERSCHALL module is position 1 (1.5K resistor and 22uf capacitor).

The BOGNER UBERSCHALL module features a secondary switch allowing the new Synergy modules to be used in older single channel Egnater and Randall modular amps/preamps that do not accept the dual channel modules. This allows access to either of the module channels when that slot is turned on. You will still not be able to switch between the two channels due to the limitations of the older hardware. You can set it so either module channel one or module channel two will turn on when the slot is selected. Set to Dual when using the module in units that have the switching circuit to access both modules. If you are using a single channel only amp/preamp, setting to DUAL will make the bottom module channel active. Set to Single will cause the top channel of the module to come on when selected.

We'll get in touch when the Synergy Amps Bogner Uberschall 2 Channel Preamp Module is available.