Flying into this year’s NAMM, completely out of the blue, is a brand-new guitar from Ibanez and guitar maestro Steve Vai!This type of thing normally has a media build up for months and months, but Ibanez just casually dropped it this morning!

So, Steve Vai is of course famous for developing the JEM, a flamboyantly eccentric Superstrat design that has remained in constant production (with a myriad of versions from ‘flora’ to ‘blowtorched’) since 1987.

This beautiful new guitar, dubbed the Pia (presumably after Steve’s wife), is the first non-JEM guitar to be released by Vai, apart from his 7 string Universe, which kind of still is a JEM...

So, first impressions are that it's a stunning instrument, but how different is this from his trusty JEM?

Well, not really all that different...it’s thoroughly gorgeous and very ‘Steve Vai’, so it’s maybe more of an update than a complete redesign. A closer look reveals more though, so let’s do exactly that before sharing a video with you to hear about it in Steve’s own words... 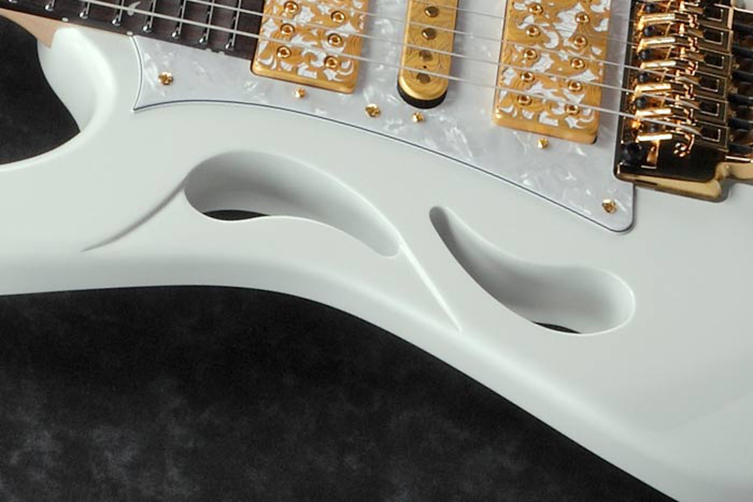 You’ll have noticed that the iconic Monkey Grip carry handle has been swapped out for a new two-part handle. To Steve, this design is like a mix between flower petals and the yin yang sign. This motif is carried over to the fingerboard inlay, named the Pia Blossom. Yes, a casual glance will see Steve’s ‘regular’ Tree of Life inlay, but a closer glance will show the flowing petal design carried through.

The petals also appear on the MAGNETIC BACK COVER. Yes! What a cool idea! Just pull it off when you want access to the back of the bridge. Genius. 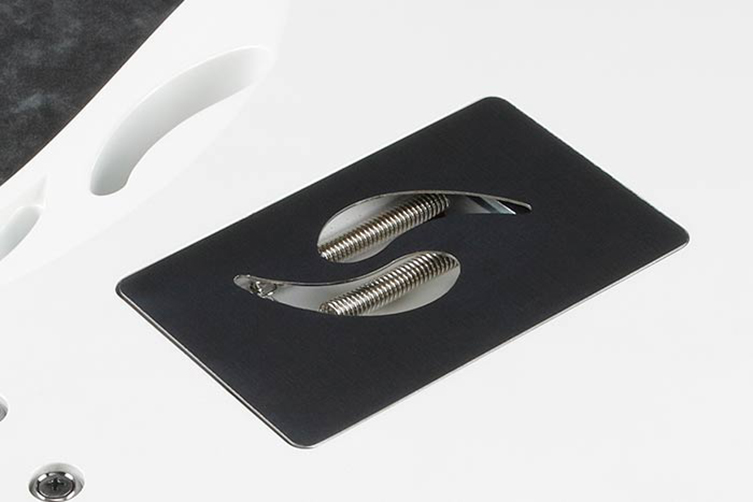 Eagle eyed Vai fans will also see the petal motif continue of the Pia’s new pickups! DiMarzio supply the firepower once again, and this set, known as UtoPIA, are, according to Steve: “Sweeter and more powerful” than his Evolution pickups. That’s saying something! The pickups promise to sound as good as they look, which is pretty astounding, with its dual layer of laser-etched gold. 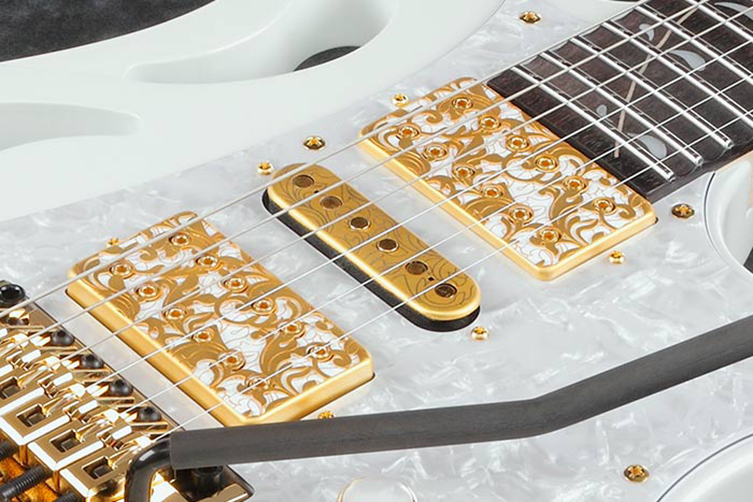 Some of the changes are more subtle. For example, the body’s edges have been bevelled to be a little softer, and there are areas of greater contouring, for an easier, more gorgeous feel. The volume pot has a High Pass Filter, accessed via a push/pull pot, to let you preserve your treble frequencies as you turn down the volume.

The whammy bar is made from carbon fibre in order to be as light and responsive as ever. The final four frets are scalloped, as they were on the JEM and the gold and white finish of Vai’s favourite JEM remains too, though ever here there is subtle evolution: it is now pearlescent White, known as Stallion White.

It’s a beauty! The Ibanez Pia is a thoughtful and inspired continuation of Vai’s artistic vision and taste. Stallion White is the main finish, but the Pia will launch will include three limited edition pearlescent finishes. Check these out... 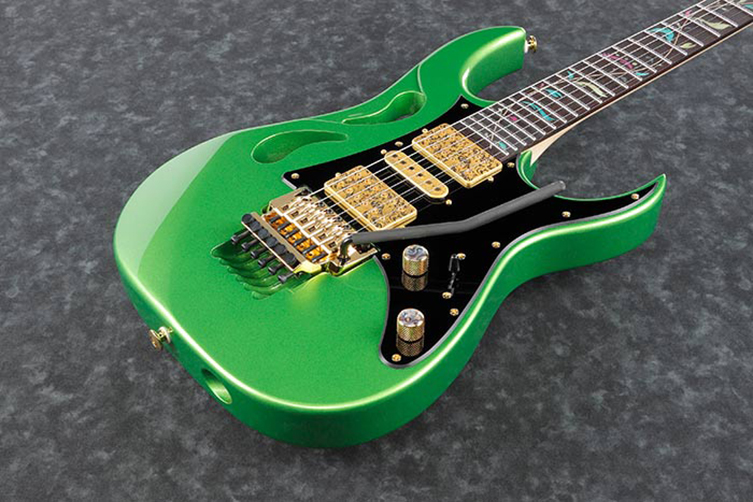 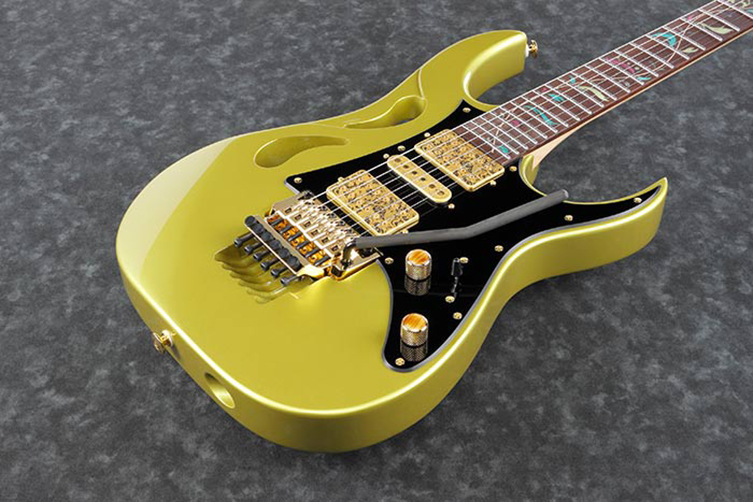 Which is your favourite? We can't decide! We took about five seconds to come to the conclusion that these are the most thrillingly amazing guitars ever. It's obvious, actually! We’ll have more details soon! In the meantime, enjoy this video from Steve!